A modification may be filed by either parent, but it must be filed in the court where the original orders were granted. The exception to this is if the child no longer lives in the county where the original child custody orders were put in place. If the child has moved to a different county, the case may be transferred to the county of the child's new residence. If both parents agree that the modification needs to happen and agree to the changes that need to be made a proposed custody order can be submitted to the court. If both parents do not agree that there should be changes made or do not agree on what changes you will need to prove that the changes you propose are necessary and in the best interest of the child and both parents will need to appear before the court.

There are several reasons a modification to current child custody orders may be sought. These include, but are not limited to:

If there is an emergency related to abuse and your child's welfare is in immediate danger you should first call the police. After the child is removed from the immediate danger as a result of the police intervention, it is a good idea to contact an attorney immediately. There is emergency relief that can be sought from the court such as a temporary restraining order, while the process of a child custody modification is in the works.

It is important to document any reason you have for wanting to make the changes to the child custody order. It is smart to communicate in writing (via text or e-mail), to keep a calendar or a journal that can be used as supporting evidence for your claim as to why the changes are in the best interest of the child. You also want to make sure that you are dutifully completing any of the responsibilities assigned to you in the child custody order and exercising any visitation you have with the child.

(b) Subsection (a)(3) does not apply to a conservator who has the exclusive right to designate the primary residence of the child and who has temporarily relinquished the primary care and possession of the child to another person during the conservator's military deployment, military mobilization, or temporary military duty, as those terms are defined by Section 153.701.

Sec. 156.103. INCREASED EXPENSES BECAUSE OF CHANGE OF RESIDENCE. (a) If a change of residence results in increased expenses for a party having possession of or access to a child, the court may render appropriate orders to allocate those increased expenses on a fair and equitable basis, taking into account the cause of the increased expenses and the best interest of the child.

(b) The payment of increased expenses by the party whose residence is changed is rebuttably presumed to be in the best interest of the child.

(c) The court may render an order without regard to whether another change in the terms and conditions for the possession of or access to the child is made.

Sec. 156.005. FRIVOLOUS FILING OF SUIT FOR MODIFICATION. Notwithstanding Rules 296 through 299, Texas Rules of Civil Procedure, if the court finds that a suit for modification is filed frivolously or is designed to harass a party, the court shall state that finding in the order and assess attorney's fees as costs against the offending party.

(a-1) If the parties agree to an order under which the amount of child support differs from the amount that would be awarded in accordance with the child support guidelines, the court may modify the order only if the circumstances of the child or a person affected by the order have materially and substantially changed since the date of the order's rendition.

(a-2) A court or administrative order for child support in a Title IV-D case may be modified at any time, and without a showing of material and substantial change in the circumstances of the child or a person affected by the order, to provide for medical support or dental support of the child if the order does not provide health care coverage as required under Section 154.182 or dental care coverage as required under Section 154.1825.

(b) A support order may be modified with regard to the amount of support ordered only as to obligations accruing after the earlier of:

(c) An order of joint conservatorship, in and of itself, does not constitute grounds for modifying a support order. 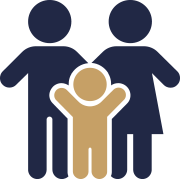