Intestate Succession: Administration without a Will

The legal term “intestacy” refers to an event where a person dies without leaving a valid will. This is usually called intestate succession or intestate estate. The term intestacy also applies in cases where the decedent made declarations in his valid will but only with respect to a portion of his estate; in which case, Texas intestacy laws will apply to the remaining estate not covered by the provisions of his will. Intestate succession dictates the distribution of the properties in the estate in accordance with the applicable laws and rules on intestacy and inheritance without regard to the desires of the decedent.

Why Does Intestacy Occur?

Unfortunately, many people do not appreciate the value of preparing a will to facilitate the smooth and efficient transfer and distribution of their estate upon death. While they may not experience the convenience of having a will, its benefits will ultimately redound to the loved ones left behind. Imagine a hassle-free probate process. Your loved ones won't have to undergo the time-consuming, costly, and lengthy process of litigating the distribution of the properties in your intestate estate.

Division of Property in an Intestate Estate

Intestacy follows the common law of descent; the properties in the intestate estate pass to the closest relatives by blood or marriage. Potential beneficiaries in Texas may file applications to determine heirship when a loved one dies intestate.

There are two ways to initiate the administration of the intestate estate of a decedent:

An independent administration offers the same level of ease as probating a will but may require considerable work and cooperation from all the heirs.

An interested person may petition for his appointment as administrator of the intestate estate. In the alternative, all heirs may consent for the administrator to handle the estate; this option requires the agreement of all heirs who must signify their approval before the court.

In most cases, the heirs are the decedent's surviving spouse and children. In their absence, other family members or relatives may take their place as heirs.

A distinct feature in independent administration is that the administrator is permitted to handle affairs of the estate independently of the court's supervision. It allows for a quick and efficient process of identifying the heirs and distributing the properties in the intestate estate.

Not all assets of the decedent go through intestate succession, including properties transferred by virtue of a living trust. Money derived from retirement funds, life insurance proceeds, and securities and other proceeds coming from transfer-on-death or payable-on-death accounts will not be addressed in intestate succession. Also, properties held in co-ownership or joint tenancy will not form part of the intestate estate; although in some cases, the decedent's share may be included in his estate. 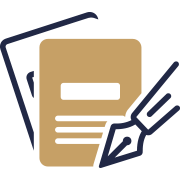